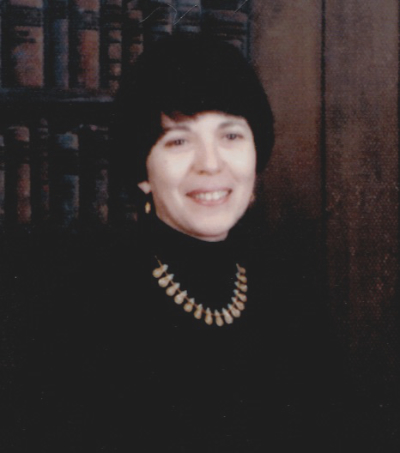 Daughter of the late Steven and Athena (Melachroinides) Gargal, Berry received her AB from Vassar College and her MS from SUNY Albany. The first woman Director of Libraries at Lehigh University, Berry introduced innovative technologies and services; created the special collections division, and planned the building of Fairchild-Martindale Library and the Bayer Galleria of Rare Books. She served as a board member for many library, educational and civic organizations. For her service and contributions, Berry received the Hillman Faculty Award and the Paul Frantz Administration Award from Lehigh University, and the SUNY Albany Distinguished Alumna Award. Berry was a published author in library science.

An avid and voracious reader, book collector and leader in the profession of librarianship, Berry mentored colleagues and inspired many people to appreciate libraries. She cultivated donors with her intelligence and understanding, and gave people insights into the importance of the knowledge that could be gained from libraries. An innovator in her own libraries, Berry launched the first fee-based information system for business and industry in the broader Lehigh community. Following her retirement from Lehigh, Berry served for five years as the librarian for the Pedagogical library, a resource library for the faculty and staff of the Philadelphia public school system. In addition to her publications and to her service in the profession, Berry lectured to many audiences in the US and abroad, and traveled widely both for work and for pleasure.

Berry devoted her time, talent and treasure to the causes in which she believed fervently. She was a generous donor herself to libraries, as well as to educational institutions and numerous other charitable organizations. Her generosity was well known to friends and colleagues alike.

Funeral Service on Thursday July 22, 2021 at 11 am at St. Nicholas Greek Orthodox Cathedral, 1607 West Union Blvd. Bethlehem, PA 18018. The family requests that facemasks be worn by those attending the service. The service will also be livestreamed at www.stnicholas.org/richards
Funeral arrangements are by the Herron Funeral Home in Bethlehem, www.Herronfuneralhomes.com

Memorial contributions in lieu of flowers may be made to the Vassar College Library, to the Lehigh University Libraries, Bethlehem, St Nicholas Greek Orthodox Cathedral, in care of the Herron Funeral Home.