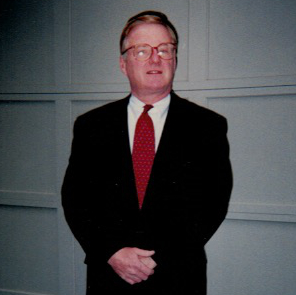 Dr. Frank R. Moore, Lehigh University class of 1963, passed away on July 29.  The funeral and burial were held at John F. Herron Funeral Home in Bethlehem and Cedar Hill Memorial Park.  A native of New York City, Dr. Moore was the son of the late Frank Moore, Sr. and Jennie Knight Moore.  He married Dorothy Demetrales of Bethlehem in the St. Nicholas Greek Orthodox Cathedral on Union Boulevard in 1963

Dr. Moore graduated from Lehigh with a B.S. in Electrical Engineering and received his Ph.D in Electrical Engineering from Syracuse University.  He joined IBM in 1963 as a logic designer and in 1983, he was named Director of IBM’s largest development facility with over 4,000 employees in Poughkeepsie, New York.  He was Vice President of Development at IBM Headquarters in Armonk, New York, before retiring from IBM in 1993.  Dr. Moore’s scholarship in the field of mathematics and the profession of electrical engineering and research in science led to patents and publications and active leadership in professional and honorary societies.

Dr. Moore went on to be named Executive Director of The Federal Networking Council at The National Science Foundation in Washington, DC.  He was then recruited as the Executive Director at IEEE, the world’s largest technical professional society, for Information Services.  Dr. Moore later worked in academia, as Vice President and CIO at New School University in New York City and at Columbia University Medical Center in New York City, where he was Vice President for Information Resources.

Dr. Moore is the grandson of Eric Knight who wrote Lassie Come-Home, as well as the WWII novel This Above All, The Flying Yorkshireman, and other novels at his home, Springhouse Farm, in Bucks County.  Dr. Moore resided at Springhouse Farm with his grandmother, Jere Knight, during his tenure at Lehigh University.