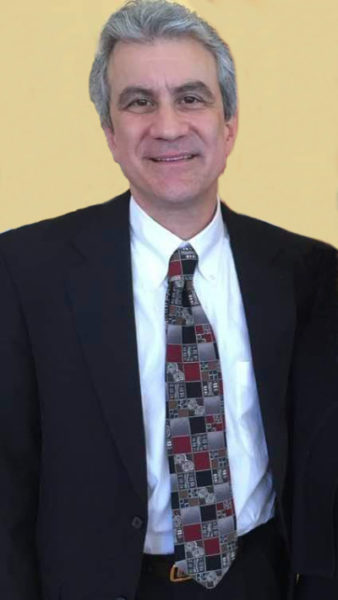 Dr. James Michael Chiadis, age 64, of Bethlehem, PA, passed away suddenly in his home on Saturday, May 16, 2020.  He was the son of the late Michael James and Maria (Tsakiris) Chiadis.  He was a graduate of Liberty High School (1973), Lehigh University (1976), and Hahnemann Medical College (1980). He completed his pathology internship and residency at Walter Reed Army Medical Center (1984).  He was a major in the US army for four years, serving first as Chairman of the Department of Pathology at the US Army Hospital in Ft. Carson, CO, where he received The Meritorious Service Medal from the U. S. Army Health Services Command.  He then served as US representative for the US/British Pathologist exchange at the Royal Army Medical College in London, England (1988). He returned to Bethlehem in 1988 and served as a Staff Pathologist at St. Luke’s Hospital for three years. For the next 23 years he was President and Co-owner of Valley Pathology Associates until 2018.  He was also Laboratory Medical Director at the St. Luke’s / Sacred Heart campus in Allentown, PA, from 1995 to the present.  Most recently he served as Interim Chairman for the Department of Pathology in the St. Luke’s Hospital Network.  James had current membership in the Pennsylvania Association of Pathologists as a member of the Executive Committee and Past President, the American Society of Clinical Pathologists, and the College of American Pathology as Fellow and Inspector. He was a proud member of the Bethlehem Bach Choir from 1988 to the present.  From his high school days, Jim served as organist at St. Nicholas Greek Orthodox Cathedral, eventually succeeding his father as Choir Director.  He volunteered yearly at the church bazaar preparing Souvlaki.

Jim’s greatest joy was his son and being a loving, devoted father. He reveled in the company of his extended family and friends.  Countless gatherings were hosted at his home.  He was the youngest cousin of the family, yet he was the anchor. He was adored for his faithful, compassionate, generous, and selfless nature, all with a humble spirit. He loved his church family and enjoyed “working the crowd” at coffee hour to spread laughter, courage, and hope, particularly among the seniors.

Survivors: Jim is survived by his son, Michael, Michael’s mother, Anne, his sister, Athene (Paul) Blow, two aunts, Eleftheria Raptis of Athens, Greece, and Elisaveth Tsakiris of Nea Kios, Greece, two godchildren, Erin Hogan and George Kaludis, nieces and nephews, and many cousins in the US and Greece.

Service: Funeral Service will be private and will be livestreamed on Thursday May 21, 2020 at 12 noon  using www.stnicholas.org/chiadis . The link will be available 15 minutes prior to the service.  Private entombment at the Mausoleum at Bethlehem Memorial Park Cemetery.

Contributions: In his memory to St. Nicholas Greek Orthodox Cathedral, The Bach Choir of Bethlehem or Miller-Keystone Blood Center all in care of the Herron Funeral Home 458 Center Street Bethlehem, PA  18018. www.Herronfuneralhomes.com .