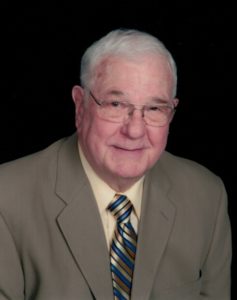 Francis J. “Frank” Donchez, 86 of Bethlehem died on April 25, 2020 at Lehigh Valley Hospital-Cedar Crest.  Frank was the husband of the late Eileen (Bunsa) JDonchez  and the late Catherine (Krill) Donchez.

Frank was born in Bethlehem son of the late Frank and Mary (Kokosky) Donchez.

He served in the US Army during the Korean War.

He was an  electrician at the Bethlehem Steel Company for over 40 years retiring in 2001.

He was a member of Notre Dame of Bethlehem RCC serving as a Eucharist Minister for many years.

Frank was an avid fisherman and hunter.

Service:   Memorial Mass will be announced by the John F. Herron Funeral Home in Bethlehem with burial to follow in Holy Saviour Cemetery in Bethlehem. www.Herronfuneralhomes.com .

Contributions:  In his memory to Notre Dame Church of Bethlehem.