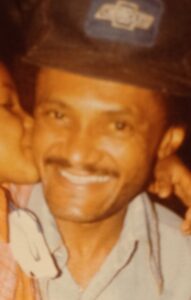 Gilberto Cosme Rodriguez, 80 of Bethlehem, peacefully passed on from this life to one eternal on November 6, 2022.

He was the proud father of Tania Rodriguez, of Bethlehem, and very proud grandfather of Private First-Class Elizabeth Rodriguez, also of Bethlehem currently serving the US Army in Hawaii.

He is also survived by brother Lee Rodriguez and his wife of Toa Baja, Puerto Rico. Nephew Jose Vega, Jr. and his wife of Bethlehem, the maternal family of his daughter, Tania. As well as his many friends and friends-turned-family of the Hobart and 3rd Street area and throughout Bethlehem.

He was preceded in death by his father, mother, sister AnnaAngelica Rodriguez and brother Jose Antonio Vega, better known as “Gato Blanco”.  He was also predeceased by Rosa Carrasquillo, his mother figure of almost 50yrs and her son Michael Cotto, Gato Prieto’s lifelong best friend.

Flowers or contributions to the family in care of the Herron Funeral Home. www.Herronfuneralhomes.com