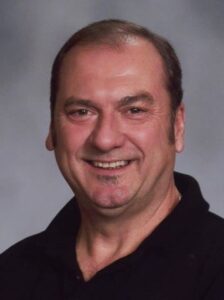 Ricky was born in Allentown on July 31, 1967 to the parents of Robert E. and Dorothy (Pickett) Smith.

He was the Union Shop Steward for Pennsylvania State Education Association (PSEA).

He was an avid fan of the Pittsburgh Steelers football team and could accomplish any DIY project with his incredible engineering mind.  His laugh, smile and big personality will be missed immensely.

He will be deeply missed by not only his loved ones but all of his furry friends; Chewbacca, Kody and Gracie; Grand dog’s Rizzo and Phoenix. The ball throws, scratches, rubs and kisses.

Contributions: To an animal charity of your choice.