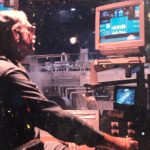 He was born on August 15, 1942 in Fountain Hill, son of the late Alvin and Beatrice (Achey) Roth.

He served in the United States Navy and worded in the Rolling Mills for the Bethlehem Steel Company, retiring after 32 years.