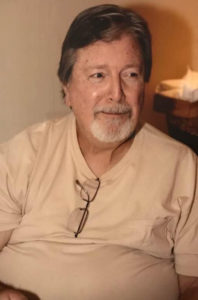 It is with the saddest of hearts that we announce the passing of Floyd Joseph “Butch” Blank, Jr., 72 of Bethlehem who passed away at home on December 28, 2021. He was the beloved husband of Karen C. (Eisenhart) Blank; they would have been married 45 years on April 30th.

He served in the U.S. Army during the Vietnam War.

Floyd worked in the Bethlehem Steel Company as a Testman in the Safety Department prior to retiring after 31 years.

Floyd will always be remembered as a cherished husband, father and grandfather.

Services: To be announced , funeral arrangements by the Herron Funeral Home in Bethlehem. www.Herronfuneralhomes.com.