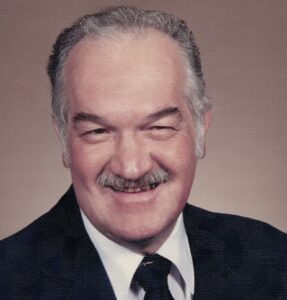 Alfred T. Beahm, 90, of Bethlehem passed away on March 31, 2022, at Riverton Senior Living in Allentown.

He was the husband of Patricia (Nunnemacher) Silfies-Beahm. They would have been married 25 years on September 22nd.

Son of the late Stanley and Violet (Cope) Beahm, Al was born in Freemansburg on March 6, 1932.

He served in the US Army during the Korean War.  He was an electrician, retired from the Bethlehem Steel Company.  Al was a member and a frequent usher of Christ Church United Church of Christ Church in Bethlehem.

For many years Al and Pat  brought humor and smiles to the patients at St. Luke’s Hospital in Fountain Hill as clowns, Doctors Bandaides and Stitches.

Contributions:  To the Church