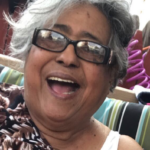 Ana was born in the Dominican Republic on January 28, 1938, daughter of the late Carlos and Gracia Souffront.

Service:  Funeral Service on Friday, August 11th at 1PM with a viewing from 11AM-1PM at the Sell-Herron Funeral Home, 1145 Lehigh Street, Allentown. Burial in Greenwood Cemetery in Allentown.