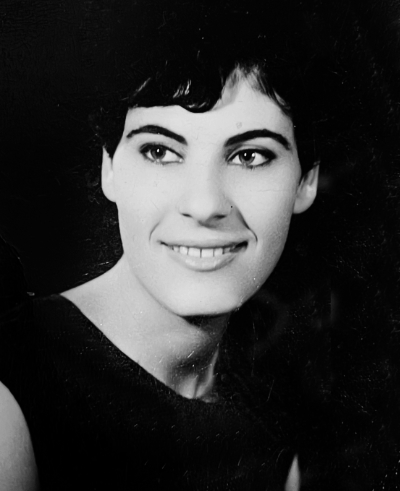 Augoustia (Zervos) Bibikos, of Harrisburg, PA, died on Sunday, February 20, 2022, at Brookdale Senior Living in Harrisburg.  She was 74.

She was the wife of the late Anastasios D. Bibikos. They were married for 40 years until Anastasios passed on October 10, 2009. They were members of the St. Nicholas Greek Orthodox Cathedral in Bethlehem, PA.

Augoustia was born in Megara, Greece, to the late George and Maria Zervos. She emigrated from Greece in 1969 and became a U.S. Citizen in the mid 1970s.

A longtime resident of Bethlehem, PA, Augoustia served as a seamstress for more than 40 years for Enzo Mfg. and more recently for H&M Sportswear until she retired in 2018.