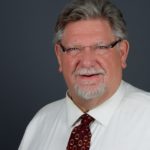 Dave R. Guerrero, 63 of Bethlehem died on November 8, 2017 in Lehigh Valley Hospital-Cedar Crest. He was the husband of Lisa (Shelbo) Guerrero.

Dave was born in Bethlehem on October 29, 1954 son of Mildred R. (Ueberroth) Guerrero and the late David R. Guerrero.

Dave was Chief Technical Officer for PBS39, in Bethlehem.   He was a member of numerous broadcasting associations and received three Emmy Awards for contributing engineering expertise to regional and national television productions. He wrote numerous Product Application Notes, User Product Testimonials and Broadcast Industry White Papers. Dave was also named as co-inventor to four US and multiple International patents associated to broadcast technology. He had experience as a chief engineer at broadcast radio and television stations as well as engineering supervisor for ‘network level’ remote productions including all US broadcast networks including Olympics, NFL, SuperBowl, and Tripe Crown racing.

Dave graduated from Southern Lehigh High School in 1972 and later from Rider Tech and the Darden School for Executive Education, University of VA.   He was an avid musician, since 1974 when he played the trombone and became an accomplished guitar player. He was a member of the LV Blues Network and the Goodfellows.

Service: There will be a viewing on Sunday, November 12th from 6 PM to 9 PM in the John F. Herron Funeral Home, 458 Center At Market Street in Bethlehem. Services will be held at 10:30 Monday, November 13th, followed by private burial in Bethlehem Memorial Park Cemetery. A Time of Remembrance and Luncheon will follow from 12 noon to 3 PM at PBS39, 839 Sesame Street, Bethlehem, PA  18015.