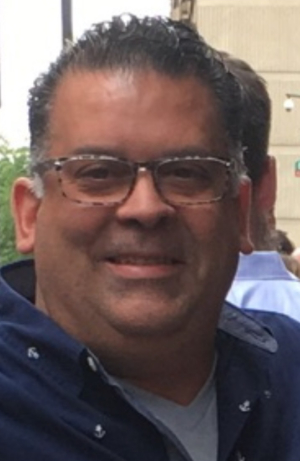 David J. Cordero, 53 of Bethlehem died on May 30, 2018.  Husband of Alexandra M. (Culishenko) Cordero, they would have been married six years in July 11th.

David was born in Bethlehem on July 11, 1964, son of Mariano and Mercedes (Huertas) Cordero of Bethlehem.

He graduated from Bethlehem Catholic High School in 1982.

David was a car salesman at Brown Daub KIA.

He was a member of Holy Infancy RCC in Bethlehem.

David’s family and music were his greatest passions.

Contributions: To Alexandra Cordero for the education of his children in c/o Herron Funeral Home or to Holy Infancy RCC.