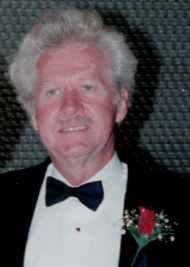 Born in Allentown, he was the son of the late Charles and Lillian (Dice) Neidig.  He was the husband of Sharon (Rhines) Neidig, they were together for 31 years.

Earnest was employed by Western Union for 20 years.

Viewing & Service: Friday September 10, 2021  viewing 10AM to 11AM  followed by the service at 11AM  all at the Herron Funeral Home 458 Center At Market Street Bethlehem.  Burial to follow in Rittersville Cemetery in Allentown.