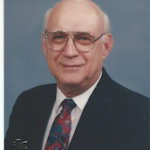 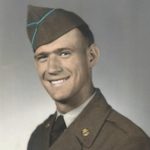 Joseph F. Polak, 86 of Lancaster passed away on Tuesday January 28, 2020 at the Moravian Manor in Lititz, PA. Husband of Grace (Kalinak) Polak, they were married 52 years on December 9th.
Joe was born in Lansford, PA on March 23, 1933 son of the late Stephen and Anna (Vargovich) Polak.

Joe graduated from Coaldale High School in 1951 and graduated from Stephen’s Trade School.
He served in the US Army during the Korean War and was a 64 year member of the American Legion in Coaldale, PA.
He was a Machine Shop Foreman at J.L. Clark Company.
Joe was a member of St. John Newman Catholic Church in Lancaster.

The family would like to thank Moravian Manor and Masonic Village Hospice for the care Joe received over the past two months.

Service: Viewing on Tuesday February 4th from 6PM to 8PM in the Snyder Funeral Home 3110 Lititz Pike Lititz, PA 17543. Additional viewing on Wednesday February 5th from 11AM to 12 noon followed by his Funeral Mass at 12noon in St. Joseph Parish of the Panther Valley 462 Ludlow Street Summit Hill, PA. Burial with Military Honors in St. Michael’s Cemetery in Summit Hill, PA. Funeral arrangements are by the Herron Funeral Homes, www.Herronfuneralhomes.com