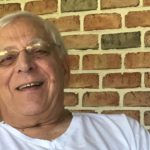 Marino was born in Bethlehem on June 3, 1943, son of the late Marino J. and Madeline Mamie (Buttillo) Cervellini.

In 1963 he began his career as a Barber with Cervellini’s Barber Shop. In 1971 he relocated to his current location on the corner of Main and Goepp Streets in Bethlehem where he resided for many years with his wife Gloria until moving to Lower Nazareth Twp. Marino enjoyed his customers and they enjoyed the comradery and colorful conversation when they came to Cervellini’s Barber Shop for haircuts.

Service: A Celebration of Marino’s Life will be announced at a later time, funeral arrangements by the John F. Herron Funeral Home in Bethlehem. www.Herronfuneralhomes.com