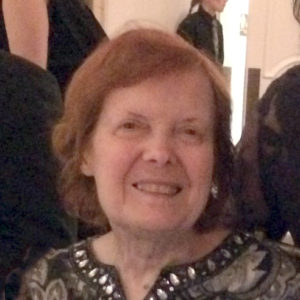 Mary Liadis, 79 of Bethlehem died on Sunday May 14, 2017 at Lehigh Valley Hospital-Cedar Crest.  Mary was the wife of the late Theodore S. Liadis who died in 1981.

Mary was born in Alexandria, Egypt on October 6, 1937, daughter of the late Constantine and Despina (Tettonis) Philippou.

She was the office manager for her husband’s painting company Lehigh Painting for 15 years and later worked  in security at BJ’s for over 10 years.

Service:  Funeral Service on Thursday May 18, 2017 at 9:30AM,with a viewing from 8:30AM to 9:30 AM in St. Nicholas Greek Orthodox Cathedral 1607 West Union Blvd. in Bethlehem.  Burial in Cedar Hill Memorial Park Cemetery Allentown.  Funeral arrangements are by the John F. Herron Funeral Home in Bethlehem.

Contributions:  American Heart Association or to the Cathedral.