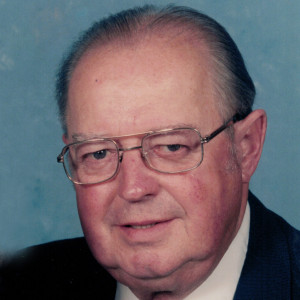 Paul E.G. Miller, 89 of Fountain Hill died on March 25, 2016 at his home surrounded by his family. Husband of Cornelia (Faga) Miller they were married 65 years on August 26th.

He attended Fountain Hill Schools from 1932 to 1944. Paul went to all buildings including Wilson, Wilbur, Salisbury Twp-Washington School, Stevens, and graduated from Fountain Hill High School in 1944. He was a Life Member of Fountain Hill HS Alumni Association.

He worked at the Acme Store on the corner of Lynn and Broadway from 1942 to 1944, while attending High School.

Paul received his BS in Chemistry from Moravian College in 1947 and his Masters in Education from Lehigh University in 1954.

Paul then became School Administrator from 1967 to 1985 serving as Principal of Broughal, Nitschman, and Northeast Middle Schools. He was then the Administrative Assistant to the School Superintendent.

Paul was a life time member of The Cathedral Church of the Nativity in Bethlehem serving on the Choir for 70 years. Paul was an avid fisherman.

Service: Funeral Service on Wednesday March 30, 2016 at 10 AM in the Cathedral Church of the Nativity 321 Wyandotte Street Bethlehem. There will be a viewing on Tuesday evening from 6 to 8:30 PM in the John F. Herron Funeral Home 458 Center At Market Street in Bethlehem. Burial in Greenwood Cemetery in Allentown.

Contributions: In his memory to The Cathedral Church of the Nativity 321 Wyandotte Street   Bethlehem, PA 18015.