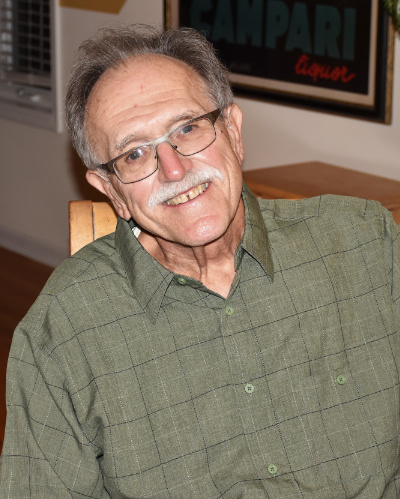 Ronald Damiani, 74, of Bethlehem, passed away on May 12th, 2020, at Lehigh Valley Hospital – Muhlenberg.  The son of the late Noella (nee Piquette) and Francesco Damiani, Ron was born and raised in Brooklyn, NY.  During his youth he was an altar boy at St. Finbar Catholic Church and was a member of the Boy Scouts of America.  An active athlete, he played football and baseball in high school and was also on the wrestling team.  He developed a love of performing in high school and frequently played the lead in his school’s theatrical productions.

He graduated with a degree in engineering from Rensselaer Polytechnic Institute in Troy, NY.  Immediately following his studies, he joined the United States Marine Corps and rose to the rank of Captain, flying reconnaissance F-4 Phantoms during the Vietnam War.  After his discharge, he worked for Exxon and spent 40 years at Air Products as a construction and project engineer manager.  Currently, he had been employed as an engineer with Universal Industrial Gases, Inc.

His passion for performance continued throughout his life, and he played the leads in many Lehigh Valley productions including The Music Man (Harold Hill), Fiddler on the Roof (Tevye), and Camelot (King Arthur).  The production of Camelot was also where he met his beloved wife, Tracy (nee Heil), with whom he celebrated 35 years of marriage last November.  Besides his love of music and performing, he coached baseball, football, basketball, and softball with many area youth leagues.  He loved the beach, gardening, movies, and he loved to play Santa.  His love of music and sports was only surpassed by the love for his family.

Ron is survived by his wife, Tracy, his children – Alexander and his partner Stephanie Mortarulo, Jacqueline and her fiancée Nick DiDonato, Julia (Bailey) and her husband Zach Bailey, and Andrew.  He is also survived by his sister, Diane Damiani.

Service: Due to concerns over Covid-19, services will be private.  www.Herronfuneralhomes.com .

Contributions: In lieu of flowers, donations can be made in Ron’s memory to the Pennsylvania Playhouse Young Actor’s Studio, P.O. Box 20122 Lehigh Valley, PA 18002.