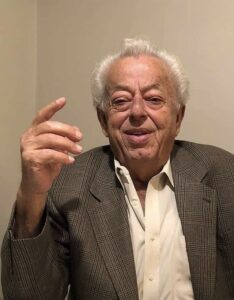 Vasilios   “Bill” Paxos of Bethlehem passed away on December 16, 2022 at Lehigh Valley Hospital -Muhlenberg in Bethlehem.

Bill was born in Kambia, Chios, Greece on February 19, 1942 son of the late Nikolas and Maria (Kalogera) Paxos.  He was the husband of Maria (Kalogeras) Paxos, they were married 55 years on November 12th.

Bill was the former owner of B. Paxos and Sons Produce and the Lehigh Valley Diner.

He was a member of St. Nicholas Greek orthodox Cathedral in Bethlehem.

Contributions:   To the Cathedral.