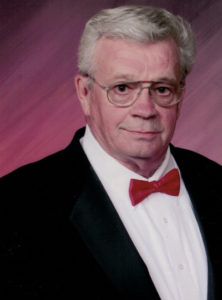 Bill Donahue, 82 of Easton, PA died on February 1, 2020 at Westminster Village – Allentown.  Bill was the husband of the late Dorothy J. (Barna) Zimmerman Donahue for 27 years until her death in 2011.

Bill was born in Binghamton, NY on July 2, 1937, son of the late Joseph J. and Mary Violet Stanton Mangan Donahue.

Bill graduated from Colgate University in 1959 and later earned his Masters degree from Colgate.

Bill was a Cross Country and Track &  Field Coach at Lafayette College from 1966 -1981 and also Lehigh University from 1981-1993 until his retirement. He was also known for his advocacy  and development of track and field programs and athletes primarily through the Emery Track & Field Association where he served as Executive Director for many years.