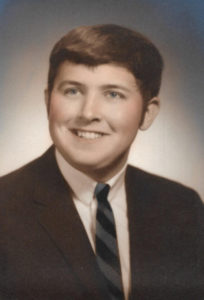 Joe was born in Allentown on June 13, 1948 son of the late Joseph A. and Cecelia (Zandarski) Williams.

Joe graduated from Moravian College in 1970 with a BA in Sociology and received his Masters in Psychiatric Social Work from Ohio State University.   He was a Social Worker at Wiley House in Bethlehem, which later became KidsPeace and retired after 40 years.  He was an adjunct Professor at Moravian College for many years.

Service:  A Time of Remembrance will be held on Tuesday February 11, 2020 at 1PM  with a calling hour from 12noon to 1PM in the Sell-Herron Funeral Home 1145 Lehigh Street Allentown.  Burial will follow in Resurrection Cemetery in Allentown.

Contributions:  In his memory to the charity of your choice.