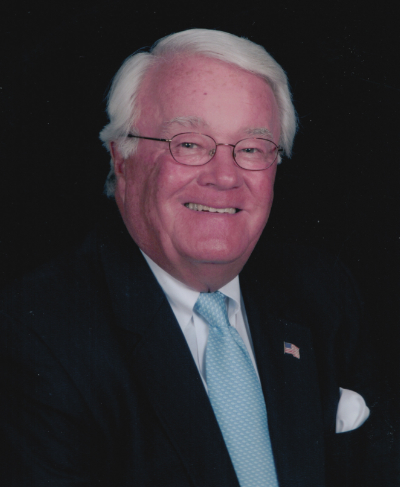 Keith Rust, 87 of Bethlehem passed away peacefully in his sleep Friday March 25, 2022. Keith was predeceased by his beloved wife Jill E. Rust who passed away September 2, 2021. They were happily married for 63 years.

Born February 22, 1935 in Pittsburgh, PA Keith was the son of the late Charles H. and Anna Virginia (Green) Rust.  He was also predeceased by his brother Richard S. Rust and his sister Joan V. Hayes.

Keith served our country as an officer in the US Army; then worked for the Aluminum Company of America living in Atlanta, GA.  In 1962 he and Jill moved back to Bethlehem, PA where he worked with his father-in-law at Roland & Roland, Inc.  In 1967 Keith became President and owner of Roland & Roland, Inc. where he spent the remaining 40 years of his career.  He was active in the building products industry and served as a Past-President of the National Building Material Distributor Association.  He was also active in many other industry related organizations.

Calling hours will be Friday, May 6th at the Herron Funeral Home in Bethlehem from 3 to 6 PM.  Private Services will be held with burial in Nisky Hill Cemetery.  www.Herronfuneralhomes.com

Contributions: in Lieu of flowers may be made to Lehigh University Athletics Partnership, in memory of C. Keith Rust, Lehigh Athletics, 641 Taylor Avenue, Bethlehem, PA  18015.