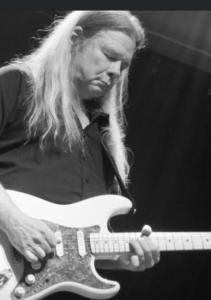 David was born in Newark, Ohio on August 24,1950, son of William Smith and the late Freida (Potter) Smith.

He attended Berklee College of Music in Boston.

He was a well know musician in the Lehigh Valley as well as a music teacher at Hawk Music Store in Bethlehem.
In 1967 David began performing with such area bands as New Generation, The Animated Orange, Dooley, Morgan, Vidya, Point Blank, Trance, The Oysters, Zen for Primates, Billy Bauer Band, BC and the Blues Crew, Sara Ayers, and most recently a member of the James Supra Blues Band.

He left behind a daughter who he was very, very close to and shared an extraordinary bond with, a beloved grandson Ayden Stauffer who was his most proud accomplishment and who he loved immeasurably. His former wife, Susan Smith who he always stayed committed to and cared for. His devotion and loyalty to his immediate family was immense and leaves a huge void in their hearts forever and all those that he left behind. He was the most kind, compassionate soul and will be always and forever be missed by many.

Service: At David’s request there will be a private family service. A Public Tribute to David will be held at a later date. Funeral arrangements are by the John F. Herron Funeral Home Bethlehem, PA. www.Herronfuneralhomes.com.

Contributions: In his memory to NAMI of the Lehigh Valley 802 West Broad Street Bethlehem, PA 18018.