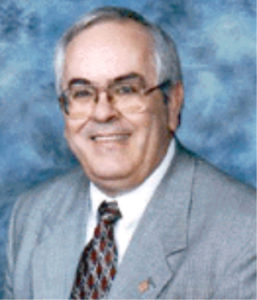 Don was born in Baden, PA  to James F. and Hazel (Lake) Standish, Sr.  The youngest of six sons, he quickly developed skills that would serve him well all his life. For example, he knew the importance  of family, faith, hard work, loyalty, keeping peace and having fun.

He graduated from Ambridge Area High School in 1966 and received his bachelor’s degree from Indiana University of Pennsylvania in 1970.

While working at the Warrendale Youth Development Center in PA, he became involved in the Ambridge Area Jaycees, becoming President in 1973-74, later serving in State Offices and being awarded a US Jaycee Senator ship in 1975.

He moved to Tempe, Arizona in 1978, where he was the  director of the Tempe Girls Club which later became the Tempe Boys and Girls Club. He also was involved in the Tempe Jaycees.  A devote  Presbyterian, he was a founding member of the Mission del Sol Presbyterian Church in Tempe in 1986.

He switched career paths, turning to real estate, first as a realtor, then a sales trainer traveling throughout the United States.  Later he found his niche as a broker consultant, settling in Allentown as a Senior Business Consultant for ERA Real Estate Systems, Inc.

Smokey had a good, sometimes subtle sense of humor with varied interests. He was a rabid Pittsburgh Steelers fan, enjoyed traveling, playing golf, although his nephews stated he was a “slice golfer”.

He was a mainstay for the Lake-Sanders reunion in Wheeling, WV for 30 plus years, working with the resort on dates and cabin reservations for over 100 plus relatives. He also inherited the chairmanship of the “old fart’s club” (new over 50’s).  He eventually became “Assistant Golf Czar” of the famed Ben Boal’s Open.

He was a passionate genealogist, spending hours in libraries, walking in old cemeteries and farms, meeting lost cousins, sharing old photos, Bibles and documents.  There was also a long discussion with the Vicar at St. Winifred’s Church in Standish, England concerning  the roots of Myles Standish.  For the majority of his life Don was  the dedicated son, brother, uncle, friend and worker. He enjoyed giving of himself in order to make someone else’s life better with the hope that those he helped would pay it forward. He was a believer in the Thomas Man Adage “Be ashamed to die until you have done something for mankind.”

Visitation and Service:  Thursday January 6, 2022, visitation from 5PM to 6PM  followed by the service at 6PM  all at the Herron funeral Home 458 Center Street Bethlehem, PA  18018. www.Herronfuneralhomes.com

Contributions: In lieu of flowers, the family requests that donations be made to the Allentown Boys and Girls Club.