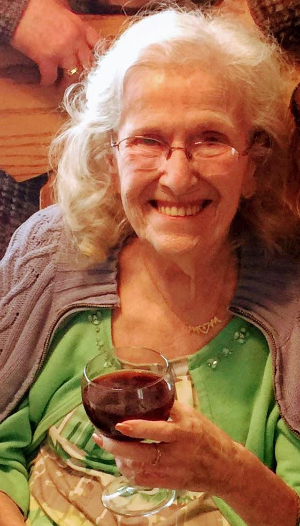 Born in Allentown, PA on April 15, 1930 she was the daughter of the late Paul and Anna (Stinner) Weber.

Betty was a member of St. Thomas Moore RCC and was active with the Ladies of Charity, was a pro-life counselor, a eucharistic minister of communion for homebound, and sang in the church choir as its only female tenor. Besides singing and having a radio playing in the home, her love for music also included playing piano, the xylophone, and attendance at various symphony concerts with her daughter. Betty enjoyed creating gifts of knitting and hand-made garments as well as walking the paths of Allentown’s several beautiful parks. Included among her most cherished blessings were two trips to Israel & Jerusalem, Lourdes, and Ireland. Pets held a real soft spot in her heart, especially her rabbit Herbie, and cats Rusty, Peaches & Baby. As a member of the Secular Franciscan Order, Elizabeth devoted her compassion to the sick by working for many years as a unit secretary in a dual ICU at Sacred Heart Hospital, then an ophthalmologist’s office, and finally as a receptionist for the medical specialty offices located next to Sacred Heart Hospital. Her service for people spanned her lifetime beginning with caring for her father while she was in high school until she retired eight years ago. However, her joking & quick wit was part of the relationship she had with her caregivers at Phoebe Home where they affectionately referred to her as “Queen Elizabeth of Allentown.” Her gentle heart will be missed by many.

Burial in Resurrection Cemetery in Wescosville.

Contributions:  To the Church or a Pro-Life organization.