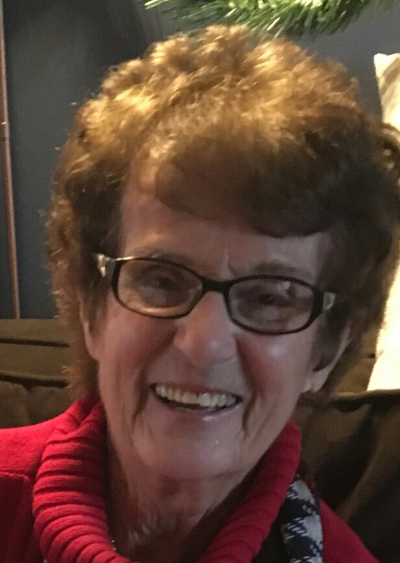 It is with sadness and admiration for a life well lived that the children of Elizabeth Braadt DiMarco wish to announce the passing of their mother on June 1st, at age 91.

Elizabeth was born in Williamsport, PA, the daughter of Frederick and Harriet Landon Jackson, on May 1st, 1929.  She was a graduate of Saint Joseph High School working as a legal assistant.  She was a member of Annunciation Catholic Church in Williamsport.  She later attended Saint Thomas Moore Church in Allentown, PA.

Elizabeth married her “handsome sailor”, Dr. Henry Braadt after his service with the Navy during World War II in the Pacific.  Together they raised six children, established a well-known Chiropractic practice and enjoyed 48 years of marriage until his passing.  Elizabeth later assisted her son, Dr. Paul Braadt for many years in his Allentown practice.

Elizabeth, at 79, retired, married our family’s “best friend”, James DiMarco, moved to Clearwater, Florida and enjoyed 8 years of marriage until his passing.  She returned to Allentown to be with her family and resided at Luther Crest in Allentown.

We remember our mother for her optimism, her commitment to her six children, nine grandchildren and enjoyment of her five greatgrandchildren.  We’ll remember her special Sunday dinners, boating, summers at the Jersey Shore and knowing that she loved us.  We wish for our mother, new life, joy and bright days filled with love.  She will be missed but she will live on in the memory of her family.

We wish to greatly thank the staff of Luther Crest Healthcare Center for their care of Elizabeth in her final days.  You are angels.

Services will be private at the convenience of the family.  Arrangements are by the Sell-Herron Funeral Home, Allentown, PA.