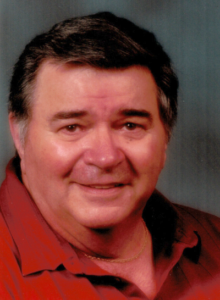 Frank was made comfortable while in the care of Lehigh Valley Hospital-Inpatient Hospice. He passed with his nephew, Jon and daughter, Cheryl by his side.

Frank was born on his grandmother’s farm in Bangor, PA on August 12th, 1936. He was the son of the late Frank Ringo and Anna (Roma) and a 1954 graduate of Bangor High School.

Frank served in both the United States Marine Corp and Army.

Frank worked in the machine shop at Ingersoll-Rand from 1964 until his retirement in 1992.

Frank had a love Naval Aviation and an overall love for flying. After retiring, he purchased, “the love of his life” -a Cessna Cardinal. She allowed him to travel and see the United States. Queen City Airport was his second home where he’d spend his days tinkering in the hanger. His auto license plate and airplane call sign N30014 matched. He was an exclusive, long-term member of the Quiet Birdman. Frank had a love for his selective family and friends. He enjoyed playing the occasional game of blackjack and pinochle and any Italian food. He enjoyed visiting and traveling with his daughter, Cheryl and making bets on Sunday football games with his niece, Sue.

Frank was predeceased by both of his sisters Julia Finelli of Roseto and Eleanor DeNofa of Allentown, their spouses, and by his loving nephew Robert “Bobby” Finelli.

Frank was laid to rest on Christmas day in the care of his son and daughter in his hometown of Bangor.

Contributions: In his memory- contributions can be made to Lehigh Valley Hospice.