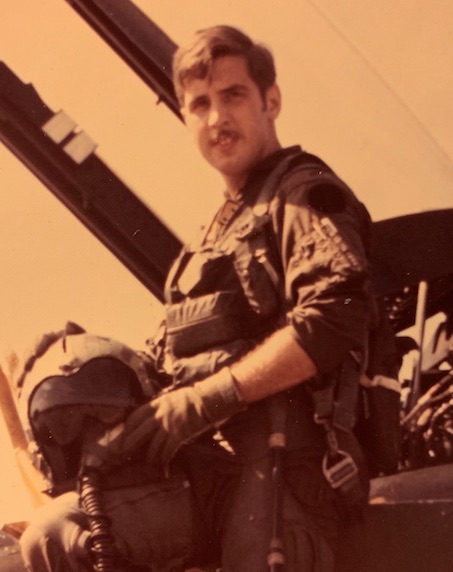 George Anthony Kourkounakis, 67, of Easton, passed away on April 28, 2019 at home. He was the husband of the late Beau M. (Cheng) Kourkounakis who passed in December 2017.

George was born on December 2, 1951 in New Brunswick, N.J. to the late Anthony G. and Frances H. (Vavoulis) Kourkounakis.

George attended Pennsylvania State University from 1969-1973 and graduated with a B.A. in Liberal Arts. He was awarded a two-year Air Force Reserve Officer Training Corps (ROTC) scholarship and was a member of the Scabbard & Blade Honorary Fraternity and the Eagle Flight Drill Team. Additionally, George was a Flight Indoctrination Program graduate with a Private Pilot Rating and was commissioned a 2nd Lieutenant in the USAF during the Vietnam War Era.

From 1973-74 George was stationed at Sheppard Air Force Base (AFB), Texas, where he completed undergraduate pilot training, Class 74-07 in April 1974. He was then stationed at Holloman AFB in New Mexico and was a part of the Fighter Lead In program. From 1974-75, George’s next duty station was at Luke AFB in Arizona as a F-4D Phantom fighter pilot. After graduating the 550th Tactical Fighter Training Squadron (TFTS), he traveled to Udorn Royal Thai AFB with the 13th and 4th Tactical Fighter Squadrons.

From 1979-1983 he was a part of Sunwest Aviation in Ogden, Utah and was the General Manager for a full line Piper aircraft dealership as well as a FAR 141 School. From 1984-1989 he was the New Jersey Bell Citation Lead Captain and from 1984-1990 was the Citation V Chief Pilot with ADT. From 1990-2008, George flew for Warner-Lambert/Pfizer as an International Jet Captain for the Gulfstream IV/V in the U.S., North & South America, Europe, Asia, the Middle East, and Africa. During this time he logged 11,400+ flights hours and was an FAA Airline Transport Pilot, Certified Flight Instructor for Instrument Airplane, Single and Multi-Engine. From 2009-2014 he was employed with CAE Simuflite, Inc. in Whippany, NJ as a full motion flight simulator instructor, training center examiner with certification authority for the U.S. Federal Aviation Administration (FAA), synthetic flight instructor, synthetic flight examiner and type rating examiner for the European Aviation Safety Agency (EASA), which is the European equivalent of the FAA. He spent over 2,400 hours training pilots from Western & Eastern Europe, the Soviet Bloc, India, China and South America.