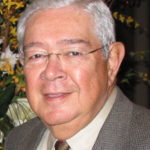 George A. Pitsilos, 87 of Bethlehem passed away peacefully on November 18, 2016 at home surrounded by his family.  George was the husband of Irene (Poulos) Pitsilos for 64 years. He was born in New York, New York and was the son of the late Avraam and Ariadne (Vavlites) Pitsilos.  George graduated from Lehigh University in 1952 with a B.S. in Business. He served in the US Navy during the Korean War.

George and his wife owned the Spinning Wheel Gift Shops, Inc., which included eight shops. Some were affiliated with Hershey Foods which were the exclusive gift shops for Hershey in Eastern Pennsylvania.   He served on the Board of Directors of the Gift Association of America.

Service:  Funeral Service on Wednesday November 23, 2016 at 11 AM in St. Nicholas Greek Orthodox Cathedral 1607 West Union Blvd. Bethlehem. There will be a viewing on Tuesday from 6PM to 9 PM, with a Trisagion Service at 8PM in the John F. Herron Funeral Home 458 Center Street Bethlehem and on Wednesday from 10AM to 11 AM in the Cathedral.  Burial will follow in Cedar Hill Memorial Park Allentown.