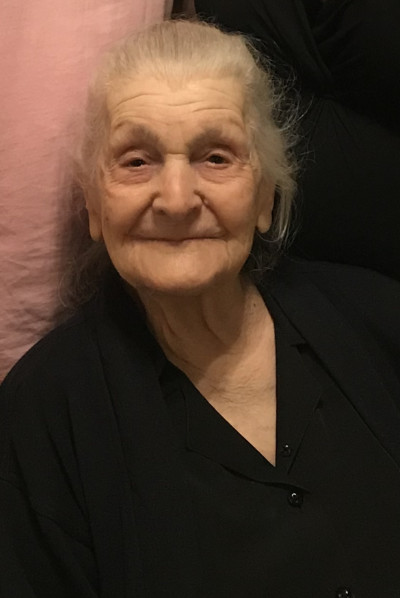 Irini, also known as Irene, P. Kavourias, 97 of Bethlehem passed away on December 13, 2021 at St. Luke’s Hospital in Fountain Hill.

Irene was the wife of the late Pantelis M. Kavourias who passed in 1982.

Irene was born in Viki, Chios, Greece on September 4, 1924 daughter of the late Stefanos and Kyriaki (Prelias) Mihalas.

She was a faithful member of St. Nicholas Greek Orthodox Cathedral in Bethlehem.

Irene was a hard worker  who helped her sons in their various restaurants over the years and was always with  a smile when she greeted people.

Viewing & Service:  Wednesday December 22, 2021, viewing 10AM to 11AM followed by the Funeral Service at 11 AM all at St. Nicholas Greek Orthodox Cathedral 1607 West Union Blvd. Bethlehem,PA  18018. The  service will be livestreamed using  www.stnicholas.org/Kavourias      Burial to follow at Cedar Hill Memorial Park Cemetery in Allentown.  Funeral arrangements by the Herron Funeral Home in Bethlehem

Contributions: In lieu of flowers donations  to the Cathedral