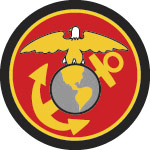 Kenneth C. Seibert, 83 of Allentown passed away peacefully at home on March 17, 2021. Husband of Marlene (Miller) Seibert for 47 years. Born in Allentown the youngest son  of 10 children  of the late Edward and Miriam (McClellan) Seibert.

He graduated from William Allen High School in 1956. He served in the US Navy  for 4 years during Korea and 4 years in the Marine Corp during the Vietnam War.

He was a member of   Grace UCC in Allentown, was an Elder Emeritus and member of the Men of Grace.

He was a Life member of the American Legion in Whitehall.

Contributions: To Grace UCC in Allentown.