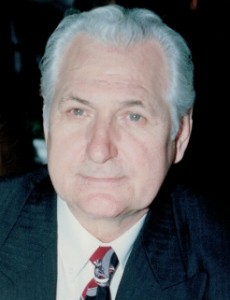 Nicholas P. Fotopoulos, 82 of Allentown died on January 18, 2016 at the Hospice House of St. Luke’s in Lower Saucon Twp. Husband of Theodora (Manolas) Fotopoulos, they were married 50 years on September 9th.

Nick was born in Pelekanos, Kozani, Greece on May 15, 1933, son of the late Zisis and Afroditi (Zois) Fotopoulos.

Nick immigrated to the United States in 1951, working tirelessly to support his family back in Greece and build a life of his own in the Lehigh Valley.  He was a renowned chef and restaurant owner for many years, operated the V-7 Family Restaurant in Easton, and owned the Camelot in Allentown and Nick’s Family Restaurant in Bethlehem.

He was a faithful member of Annunciation Greek Orthodox Church in Easton and was active with the Church Bazaar. Nick was a member of St. Nicholas Greek Orthodox Cathedral in Bethlehem, also active in the church bazaar and was honored for his dedicated service to the Cathedral on December 7, 2002.

Nick was a 50 year and life member of the Order of AHEPA, Easton Chapter #56.  He was a 30 year member of the Travelers Protection Association in Allentown.

Survivors:  Nick is survived by his wife Theodora; children Jake Fotopoulos, husband of Theresa Clifford of Macungie, Afroditi Caramuche, wife of Greg of Allentown and James Fotopoulos, of Allentown; sister Theodora of Greece; nine grandchildren Nico, Christo, Alex, George, Calista, Nicholas, Theodora, Elizabeth and Fiona, all of whom brought him great joy and happiness. Predeceased by a sister Cleopatra and brothers Demetrios, Fotis and George.

Service: Funeral Service on Wednesday January 20, 2016 at 11 AM in Annunciation Greek Orthodox Church 20th and Hayes Terrace in Easton. There will be a viewing from 10 AM to 11 AM in the Church. Burial in Cedar Hill Memorial Park Cemetery. Funeral arrangements are by the John F. Herron Funeral Home in Bethlehem.

Contributions: In lieu of flowers to the Church.