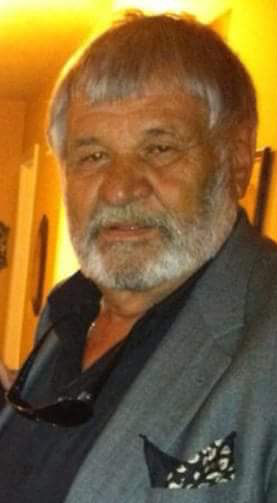 Nikitas V. “Nick” Papageorgiou, 85 of Palmer Twp., died on January 30, 2018 at home surrounded by his loving family.  The devoted husband of Agapoula “Popi”  (Apostolopoulos) Papageorgiou, they would have been married 61 years on June 29th.

Nick was born in Domani, Greece on January 21, 1933, son of the late Vasilios and Antegone (Nicopoulos) Papageorgiou.

Nick’s passion was hunting with his hunting dogs. He was full of life and had a heart of gold.  He enjoyed spending time with his family, especially vacations in Greece.  His grandchildren were his heart and soul and his daughters will remember him as a loving, humble man.  He will be truly missed and forever in our hearts.  We love you Papou!

Service:  There will be a viewing on Friday February 2, 2018 from 6PM to 8PM and on Saturday from 10AM to 11 AM followed by the Funeral Service at 11 AM in Annunciation Greek Orthodox Church 319 South 20th Street in Easton.  Burial, Northampton Memorial Shrine Cemetery in Palmer Twp.

Funeral arrangements are by the John F. Herron Funeral Home in Bethlehem.

Contributions:  In his memory to Antegone Kourpas or Maria Sumelidis to be used for Panagia Ton Domianitisa, Nikitas’s church in his village of Domani, Greece.