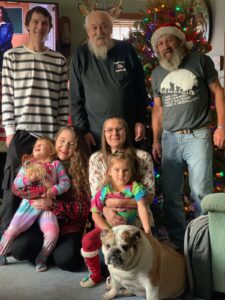 Russell H. Fatzinger, 76 of Macungie passed away on April 21, 2022 at Lehigh Valley hospital-Cedar Crest.  He was the husband of Linda (Moll) Fatzinger who passed on August 3, 2015.

Russell was born in Allentown on January 24, 1946, son of the late Arthur and Pauline (Merkel) Fatzinger.

He was a custodian in the Allentown School District retiring in 2012.

Survivors:  Daughter Sheila A. Andrews wife of  Todd of Walnutport  and a son Anthony D. Fatzinger husband of Martha Torbey of Allentown, 6 grandchildren and 9 great-grandchildren.Service:  Private, funeral arrangements by the Sell-Herron Funeral Home in Allentown. www.Herronfuneralhomes.com