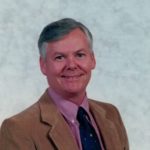 Thomas J. Wertman, 73 of Whitehall died on June 21, 2017 at Lehigh Valley Hospital-Cedar Crest. He was the husband of Gloria Rae (Cichello) Wertman, they would have been married 46 years on July 24th.

Tom was born in Allentown on August 26, 1943 son of the late William Walter and Margaret Bridget (McGeehan) Wertman.

He graduated from Central Catholic High School and served in the US Navy.

Tom was a lift truck operator at Mack Trucks for 20 years and later a courier at Penn Treaty retiring after 10 years.

He was a member of the Cathedral of St. Catharine of Siena in Allentown.

Service: Private at the convenience of the family, funeral arrangements by the Sell-Herron Funeral Home in Allentown.